Fingerprinting analysis will identify the sender of malicious mail and hate mail - call us on 020 7158 0332 or email info@ukfingerprint.co.uk 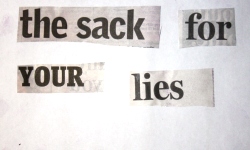 Malicious Mail can be emotionally wounding, regardless of it's content. The sender relies upon anonymity to increase it's damaging effects. It is often the case that a recipient will have an idea as to who has sent it, but is unable to prove it. This is where fingerprinting can help

Latent Fingerprints on paper surfaces can last for years. Invisible to the naked eye, chemical and other treatment can often reveal them, allowing identified prints or partial prints to be compared to a specimen example which may be a sample belonging to the suspected perpetrator

It is common that even the most careful hate mailer will slip up and leave a print somewhere, regardless of how careful they may have been. we fingerprint many items of hate mail for evidence

Hate mail is usually anonymous, but if it can be traced the sender can also be prosecuted under the Malicious Communications Act 1988 which makes it an offence to send a letter or other article which conveys an indecent or grossly offensive message or a threat, or which contains information known to be false, where the purpose of sending it is to cause distress or anxiety

Fingerprint evidence is based upon two basic principles:


There are three types of fingerprints that can be analysed - Latent Prints, Visible Prints and Plastic Prints 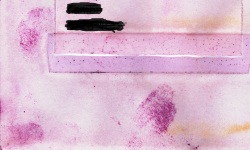 Call us regarding Hate Mail and Malicious Mail on 020 7158 0332 or email info@ukfingerprint.co.uk

Our company are experienced fingerprinters, winning awards in business

We are one of the few detective agencies who retain Computer Forensics in-house. The assumption that deleting a computer file will erase the information has been many people's downfall - people will tell their computers secrets they wouldn't tell their best friend! - a mistaken assumption of which we can help you to take advantage. We recover deleted files, web sites visited, email and instant message transcripts, images, videos, potentially anything held on a computer

Surveillance for a business issue involving an employee or a private matter, for legal purposes, obtaining evidence Car surveillance, of course, is essential and common, however a target who commutes may well use public transport, or a combination of car, train and underground; keeping up with someone in rush hour will sometimes require more than one person, especially if they change modes of transport We work with many companies, resolving the difficult issues facing business owners. Surveillance for corporate reasons may involve discreet observation of an employee, for reasons of absenteeism or pending tribunal - or to minimise and contain damage to our client

GPS vehicle tracking is an efficent and cost effective method of monitoring a subject's movement 24 hours a day. Regularly monitored with movement alerts, you will know where the subject is at any time. To arrange the installation of a vehicle tracking system, or to discuss what sort of information can be obtained from a tracker install, please contact our office and speak with one of our operatives who will be more than willing to advise

Frequently working in Europe, particularly France and Spain, where it is more reliable for a UK Investigator to operate, we have also handled assignments in North Africa & the Middle East. We regularly work in Spain, France, and across Europe with experience in many aspects of investigative work including surveillance, fingerprinting, computer forensics and tracing. We have conducted physical surveillance of UK Nationals in the Canary Islands, Ibiza and Majorca as well as the Spanish mainland

Finding your birth parents is a three or four stage process, dependent upon what you already know and what your end objective is. We have many years experience in not only tracing their current whereabouts, but in sensitively helping you to make an approach in a manner that has the utmost consideration for all parties and their potential sensitivities. While not all stages are obligatory, you may wish to consider them carefully

40,000 people become adult problematic drug users every year. Accurate information is of most relevance in tackling the potential problems and when we can most help, possibly from discreet observation or from infiltrating a peer group or analysing information from computer forensics. We will not anyone's right to privacy or unnecessarily intrude in their personal lives; you may however find yourselves in a situation whereby you do not have accurate information as to social activity and need to learn more